Yesterday I ran in our local Run for the Schools 5K. 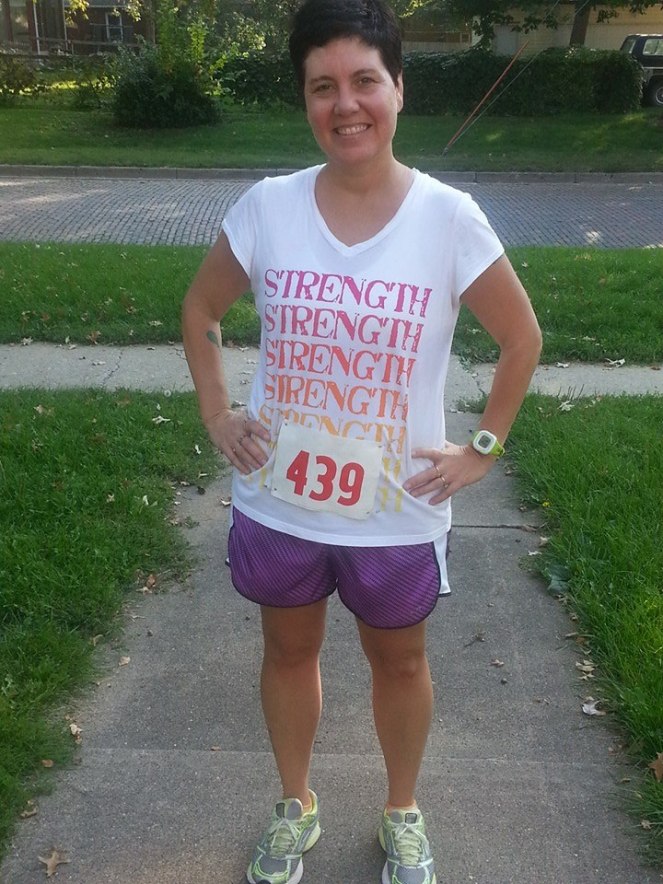 It’s the first 5K race that I’ve done since last November.  Although I run 5K’s all of the time in my training programs, there’s something a bit different when you run in an actual race, isn’t there?  I wasn’t nervous at all.  Since the race was here in our town, I knew most of the people running, and the route was around town, so I was just looking forward to running, getting a workout in, and hopefully setting a new PR.  My goal was to run under 36 minutes.

It was a beautiful morning.  The temperature was in the 60’s.  I thought I was starting out slow, but it turned out that I ran mile 1 in 10:44, which I think is the fastest first mile I’ve ever run!  The second mile was a bit slower: 11:04, but I stopped at a water station to drink some water, so I think that’s what slowed me down a bit.  Mile 3 was a PR:

I ended up crossing the finish line with a new 5K PR: 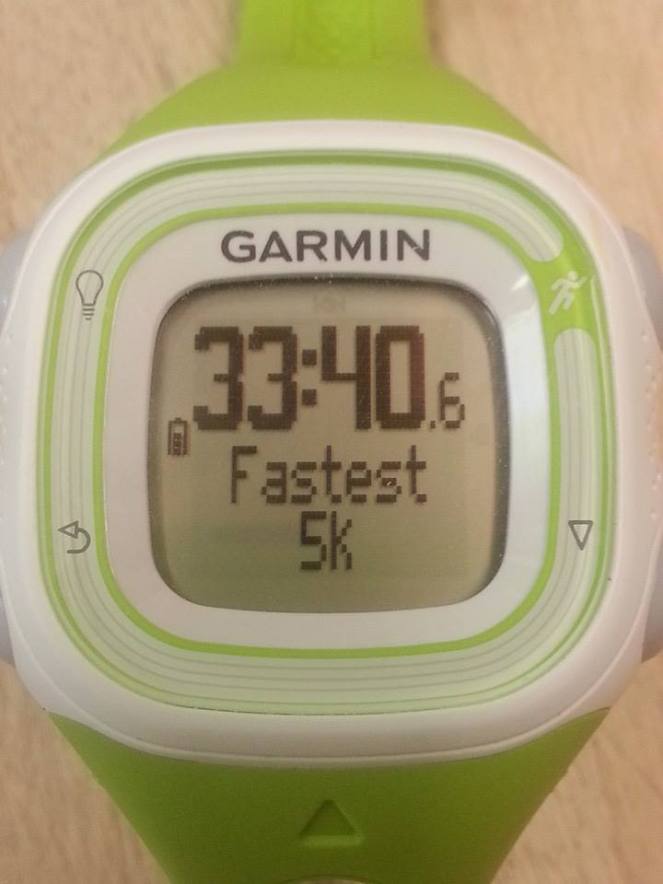 Woo hoo!  I had wanted something under 36 minutes and this exceeded my expectations!  Yeah!

The rest of the day was spent doing the normal Saturday chores: grocery shopping, cleaning the house, and laundry.  I didn’t feel like making dinner, so I had a salad and frozen pizza for dinner.

This was the first time I’ve tried the Tofurky brand of frozen pizza.  The vegan frozen pizzas are a bit expensive, and so I don’t eat them very often.  I like Tofurky products, so I thought I’d give this pizza a try.  It was very good!  Small (boo.), but good!

I also finished a book I was reading. 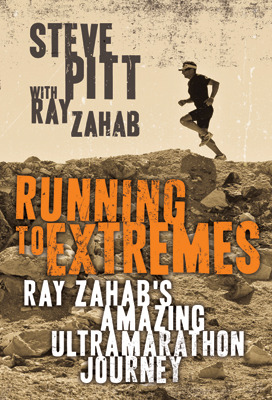 Ray Zahab was the type of guy who got picked last at gym while growing up.  He was a two-pack a day smoker.  One day he decided to stop smoking and started running.  He ultimately ended up running ultramarathons, winning quite a few of them. I had seen this guy in a documentary called, Running the Sahara, in which three guys decide to run across the Sahara desert.  It took these guys over 100 days, running over 4600 miles!  I thought that reading more of this guy’s story would be interesting.  The book was good, but I thought it could have used more detail.  I felt like the book was just a quick, brief recap of this guy’s racing career and I felt like the struggles associated with this kind of running were a bit downplayed.  Overall, though, I thought this book could be inspirational for those who think that achieving dreams is impossible.

12-mile run today.  It’s supposed to be hot today, so I’m headed out as soon as I finish this blog before it gets too warm out.

Have a wonderful Sunday!